Mark Russo, CEO of Foundation Michelangelo, will be begin casting its sculpture images in .999 fine silver and .9999 fine gold.

FM will be participating in numerous investment and major trade conferences in 2018 including the New Orleans Investment Conference, Hard Asset Investments and the World Money Show to name a few.

Russo, no stranger to selling pure silver sculptures, sold over 100,000 ounces of silver pieces in just a few years after attending a few select conferences including the San Francisco Hard Asset Investment Conference where in just a few hours sold 22 sculptures of a 1000 ounce .999 pure silver bull and bear piece by Lorenzo Ghiglieri. “When at the right venue, with the right product in a precious metal, especially in pure silver people really get excited. We sold over $1 million in silver sculptures in a few hours showing our new 1000 ounce bull and bear piece entitled the ‘New Powerful Exhange’” Says Russo. 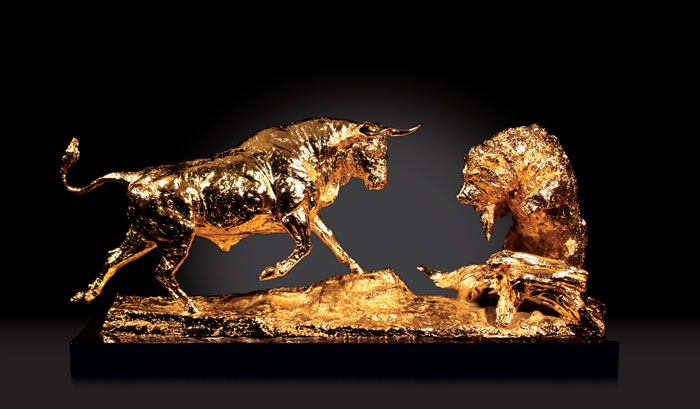 Foundation Michelangelo will begin casting its landmark image of the bull and bear and American Patriot, an eagle perched atop Article One of the US Constitution, in both pure silver and solid gold. In addition to the bull and bear and eagle image, FM plans to cast many of its newest pieces in precious metals, including the new just released piece “Stage Coach Gold” a 1860s Wells Fargo stage coach with a 6 horse team.

Foundation Michelangelo provides high-end limited-edition bronze sculptures for charity fundraising events as well as creating and distributing its world-class images to fine art galleries in the United States. The subject matter of these pieces ranges from wildlife themes to historical, cultural, western, and biblical.

Foundation Michelangelo has amassed a master mold collection of more than 700 original works of art including many works from world-famous artists, Lorenzo Ghiglieri and Laran Ghiglieri, as well as master molds that originated from the Vatican and the Villa Borghese Museum in Rome. Bernini and Michelangelo are also among the artists that are included in the mold collection. 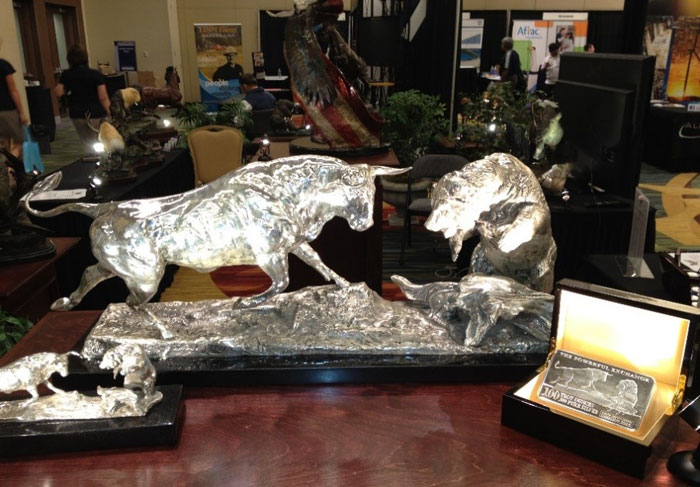 The company has a strong focus on philanthropy. One of their main business divisions is their charity auction program, which provides fine art pieces for fundraising events and auctions. The unique business model sets the company apart from the rest. Russo created this innovative model in 1998 by placing valuable bronze castings into gala charity fundraising events. The first piece sold for $63,000. This model has subsequently created tens of millions of dollars in revenue for the nonprofits.

“Foundation Michelangelo Corp is now positioned to be the sole provider of high-end bronze sculptures for nonprofit auctions throughout the United States,” says Russo. “With more than 600,000 live charity auctions per year, and growing daily, the ability for Foundation Michelangelo Corp to scale its auction model is beyond exciting for just one of its profit centers.”